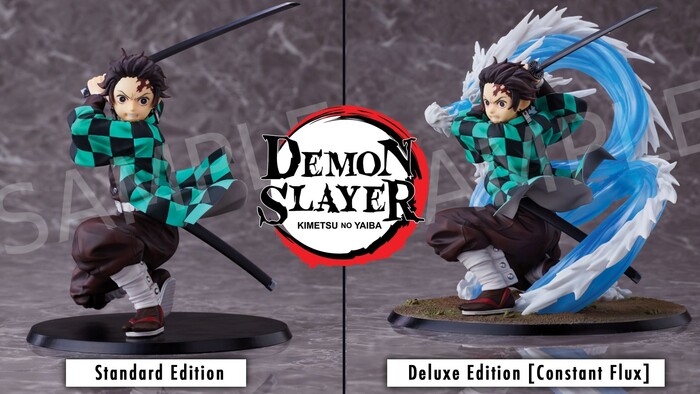 Mid-battle and about to unleash his fierce attack, Tanjiro's piercing eyes reflect his determination and resolve. As the force of his sword lifts his iconic green and black haori in the air with his feet planted firmly on to the ground, the figure remarkably recreates a moment within a fierce battle.

With the fight unfolding in front of his eyes, the gravity of the moment can truly be felt through the figure!

Also worth noting are Tanjiro’s earrings and Demon Slayer Corps uniform, which have been crafted with fine and delicate details. From his hair to the texture and quality of his uniform to the coloring, every inch of detail has been refined in the making of this figure.

No matter how many times he falls, Tanjiro’s strength and courage to get back up time and time again captured in this figure will make you forget that this figure is only 1/8 in size.
Don’t miss out on your chance to own a member of the Demon Slayer Corps!