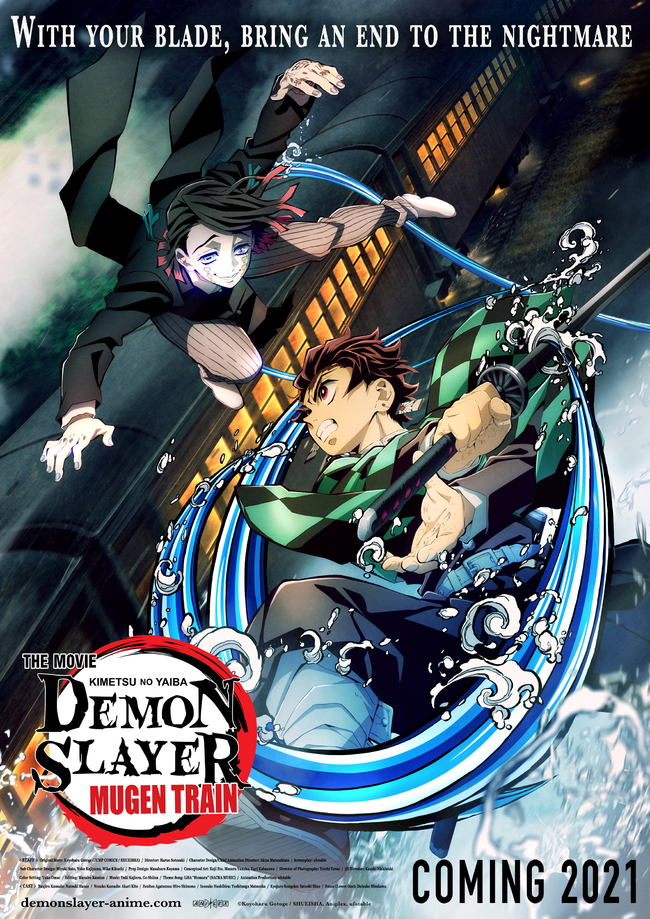 Aniplex of America and Funimation revealed at the Demon Slayer: Kimetsu no Yaiba Panel at New York Comic Con 2020 that the highly anticipated Demon Slayer -Kimetsu no Yaiba- The Movie: Mugen Train is headed to U.S. and Canadian theaters early 2021!

The film, which will be distributed by Funimation Films,  follows Tanjiro, Nezuko, Zenitsu, and Inosuke on their new mission aboard the mysterious Mugen Train with the Flame Hashira, Kyojuro Rengoku.

More information on the film’s release will be coming soon!